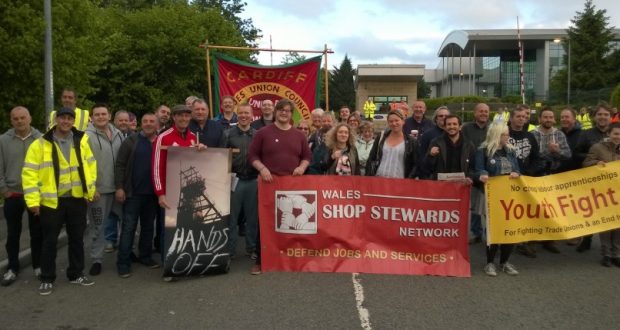 An audible collective sigh of relief was heard from workers and the vast majority of the population in Wales aside from big business when the Labour Welsh Government (WG) announced it was diverging (slightly) from the UK Tory government in how it ‘manages’ the Coronavirus crisis.

Up until recently however the WG have ridden on the coat-tails of the Tories in mis-managing the Coronavirus crisis, resulting in thousands of unnecessary deaths in England and Wales through lack of PPE and lack of preparedness in preparing for a flu pandemic.

There is no doubt that by passing on Tory cuts to Local Authorities and Tory under-funding of the NHS for many years has debilitated the ability of the WG to combat Covid-19 but, like the Tories, they have lied about the lack of PPE and the amount of deaths that have occurred.

While the more recent cautious approach adopted by the WG is welcomed, where workers are still being told to stay at home (for now) compared to Boris Johnson telling construction and manufacturing workers in England to get on crowded public transport and go to work, the claim of WG that they are ‘putting people’s health first’ is contradicted by the evidence that the supply of PPE until recently has been woefully inadequate and that WG lied about this.

Public Health Wales has also slavishly followed the advice of Public Health England. Unfortunately it is the disgraceful truth that Tory Welsh Secretary Simon Hart can correctly state “Throughout the Corona virus crisis the UK and Welsh governments have worked closely together every step of the way”.

The WG has now adopted a traffic light system and unsurprisingly we are told at present we are in the ‘red zone’. No dates have been given for amber and green. The public have been told by First Minister Mark Drakeford “that we have already begun to leave lockdown as it was originally imposed and I am hopeful provided Corona virus remains at or below the levels we currently see, there will be more things we will be able to to in the red zone at the end of the current three weeks” (lockdown).

So what factors have caused the WG to take a more cautious approach in comparison to the Tories? Well, we have established that it is not solely about workers health, but it is also the fear of the backlash from the working class if they did not adopt or be seen to adopt a more independent approach.

The WG have been under tremendous pressure for their inept handling of the Corona virus crisis that has cost many unnecessary deaths and even the leaders of largest trade unions in Wales Unison, Unite and GMB, have been forced to abandon their normal shielding of the Labour WG from criticism to take them to task. Our Unison Local Government branch responded to this emergency where front line workers lives were at risk due to lack of PPE by writing directly to the First Minister demanding that the WG provide adequate PPE.

One of the other main reasons for the more cautious approach of the WG is that they are way behind the curve when it comes to testing, tracing and isolation and there is no doubt the Tory austerity they passed on has been a major factor in this.

To emerge from lock-down with any degree of confidence that it would not cause another upsurge of infection would need testing, tracing and isolation on a widespread scale. An estimated 2% of the population in Wales would need to be tested a day and the WG are way off achieving this. Dr Mick Ryan Director of World Health organisation warned on test and trace ‘ If the virus transmission accelerates and you don’t have systems to detect it,it will be days or weeks before you know something is wrong’.

Clearly workers and the working class cannot entrust the WG and Tory Government with our health. They are both under tremendous pressure from the super rich and big business to re-open schools and get workers back to work to start making profits for them again.

The Wales TUC promotes social partnership with the Labour WG. This has brought little benefit to Welsh workers, but lets put it to the test – the Wales TUC should demand that there is no return to work or no workplace remains open unless the trade unions say safety standards have been met. The WG should sign a national agreement to that effect.

There should be a national agreement with the trade unions that schools should not reopen until widespread testing, tracing and isolation is in place and until the education unions think it is safe for schools to re-open. It should not be left to unions in local authorities to negotiate locally when schools should re-open.

Without these elements of workers control our lives and health are not under our control and we have seen the devastating results of this already. The trade unions including my own Unison must stand firm on workplace safety.

The trade unions should have access to the medical and scientific advice the WG is receiving and have oversight on any WG decisions. The Wales TUC and TUC should be holding emergency general council meetings to defend workers safety and the inevitable onslaught on jobs and services that will result from the Tories presenting the bill for bailing out big business

Previous: How the Blairites contributed to the Covid crisis
Next: Reckless, lying cheats 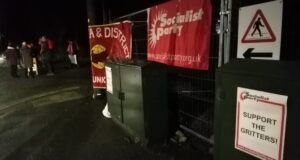 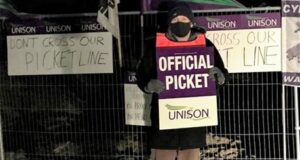 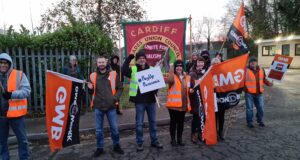